Ten years ago we witnessed from our home-base in Baton Rouge the incredible destruction wrought by Hurricane Katrina on southeast Louisiana and the Mississippi gulf coast. We watched on Television as our neighbors just a short drive down I-10 suffered through conditions we had both long expected but also never thought we would actually see. We also saw (not including the incredibly heroic first responders) the government struggling to provide any meaningful assistance to the people impacted by Katrina and the levee failures; and sometimes even making things worse.

LEAN Executive Director Marylee Orr had developed an emergency fund for LEAN when, following the attack on the World Trade Center in New York on Sept. 11, 2001, non-profit funding went through a lean period. Marylee and the other LEAN staff decided that we couldn’t sit back and just watch, we have Action in our name for a reason and so we took it. LEAN technical advisor, Wilma Subra, was out in the field almost immediately following the hurricane doing environmental testing but also doing needs assessments, meeting with local leaders to gauge community needs, and relaying that information back to Marylee at the LEAN office which quickly became the headquarters for a full blown grass-roots direct relief effort.

The many contacts that LEAN had made over it’s then almost 20 year history in communities all over Louisiana and in state and local government plus the emergency fund allowed us to begin to move relief supplies into communities in need within days of Katrina’s landfall. At first it was mainly in the parishes around the New Orlean’s area such as Washington, Saint Bernard and Jefferson Parishes as the City of New Orleans was in an ongoing emergency response situation for a number of weeks following the landfall of Katrina. These areas outside of New Orleans were also hit very hard be the hurricane and were somewhat neglected as the focus was naturally on New Orleans. However their needs were still great and LEAN was able to bring some of the very first water, food and other supplies into Washington and St. Bernard Parishes.

The LEAN headquarters also hosted a number of other organizations who helped to train LEAN staffers in disaster relief and got help from LEAN in connecting with those in need. Oxfam America, Church World Service, United Church of Christ, Food Not Bombs, ACORN, and others were sleeping on the floor and in tents in the backyard. To this day we are still not sure exactly how it happened, but on September 11, 2005 Time Magazine named LEAN as one of 5 organizations (and the only Louisiana based organization) to give to in order to aid the Katrina relief effort.

In addition to the emergency fund, LEAN received an incredible outpouring of generous donations from individuals around the world who wanted to help the people affected by the disaster. We received one month’s salary from a man in Okayama, Japan, a collection taken by a bar for transgender person’s in San Francisco, three girls in New York named Iris, Nora, and Stella who held their own bake sale for us, and a donation from a tattoo parlor in Durango, Colorado who chose us because they trusted us to get the help were it mattered; just to name a few. We still have three large binders filled with letters and notes from people who sent us donations and people thanking us for our assistance.

We were beyond honored and humbled to receive such a generous outpouring of money and felt a great responsibility to honor the trust these people had shown us by using the monies effectively to provide relief were it was needed. LEAN ended up spending approximately half a million dollars to provide aid directly to those affected by Hurricanes Katrina and Rita, and that’s not including the literally tons of hard goods we received to pass on such as food and water from the Salvation Army and personal hygiene and other items from United Church of Christ and Church World Service. All of the resources we received were used for the direct relief efforts.

As the situation stabilized and the need for essential items like food, water and clothes declined; people began the long process of gutting and repairing homes and buildings. This situation brought a new set of dangers and LEAN’s relief efforts transitioned into providing cleaning supplies and more importantly Personal Protective Equipment (PPE). The flood waters were filled with a cocktail of pathogens and hazardous material and flooded homes exploded with mold, including toxic black mold. Many of the people who undertook the clean-up and gutting work were homeowners, volunteers, or migrant workers. So LEAN undertook am effort to reach out to anyone and everyone working in the affected areas to educate them on the dangers and provide them with PPE.

As of November 12, 2007 we had distributed the following numbers of PPE:

My sons, our chemist and tiny staff worked from landfall of Katrina (7days a week) until February without a day off. Below are just a few of the 800 pictures Paul took. We hauled shipped barged and air lifted food and water to people in 15 parishes, hauled 10 to 15,000 pounds of food and supplies a day, and that isn’t the whole story. My thoughts and prayers are with everyone whose lives were touched by Hurricane Katrina and Rita! God bless Louisiana and our people! – Marylee Orr, Executive Director, LEAN/LMRK 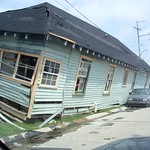 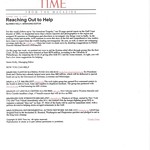 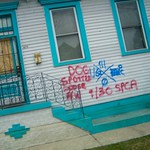 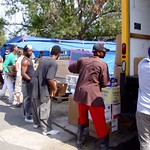 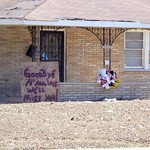 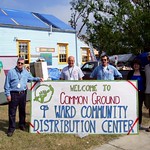 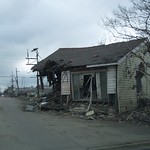 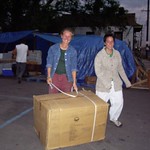 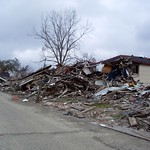 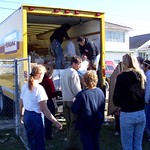 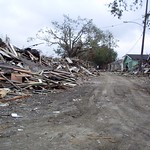 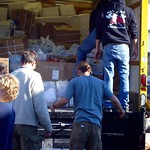 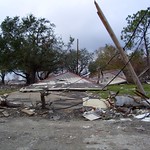 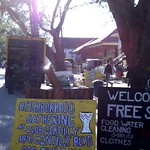 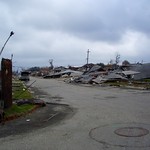 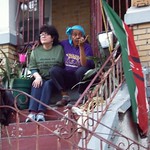 Enter your email address to get our e-alerts by email.

The purpose of the Louisiana Environmental Action Network (LEAN) is to foster cooperation and communication between individual citizens and corporate and government organizations in an effort to assess and mend the environmental problems in Louisiana. LEAN's goal is the creation and maintenance of a cleaner and healthier environment for all of the inhabitants of this state.

You can support LEAN by going to http://leanweb.org/donate

Sign-up and and get our environmental news and updates delivered to your inbox automatically, each time we publish.

Before LEAN was founded in 1986, polluters ran roughshod over Louisiana's unique environment and way of life. By providing clear information about pollution and organizing groups into a statewide … END_OF_DOCUMENT_TOKEN_TO_BE_REPLACED